The new features allow you to make patterns for men and children in addition to the women’s features already used heavily in my own knitting. I am thrilled with the sweater I knit for my husband. I’ve been promising him a boring grey sweater for four years. But part of what held me back from knitting it was the lack of pattern for the yarn he had selected. 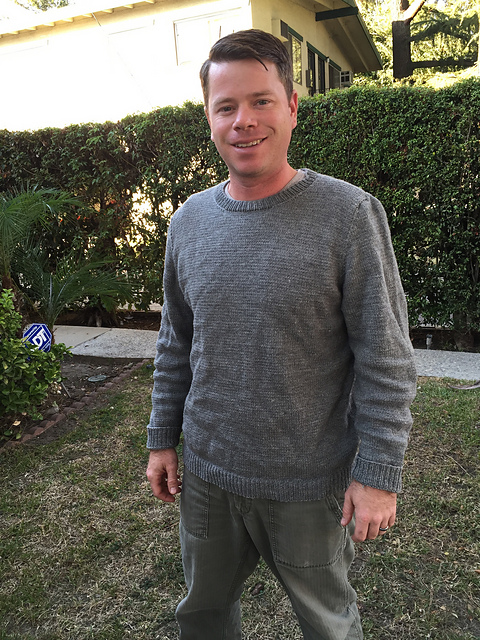 Now that is no longer an issue!

It turned out so well. The ease they figure into the garment is very different than the ease for my own clothes. This is a straight silhouette sweater which means it has no shaping in the body. Perfect for my husband whose chest and hip measurement are the same. With an average fit it has about 4 inches of positive ease at both places.

My only negative is that I think the sleeves have too much ease, but I will say my husband thinks it is fine. So maybe just a preference. It is the kind of measurement easy to tweak in the software if desired.

The other bummer is my row gauge was different between my swatch and the sweater so the length of the finished object is too long. Wholly my fault.

Most importantly my husband really likes his new sweater and has been wearing it all the time as our weather has turned cool. See the wrinkles from keeping it in his car so he can access its warmth whenever he needs it! He even wore it to work so he sent me this action shot! Makes me happy to see the hours of work I put into knitting for him are so appreciated. 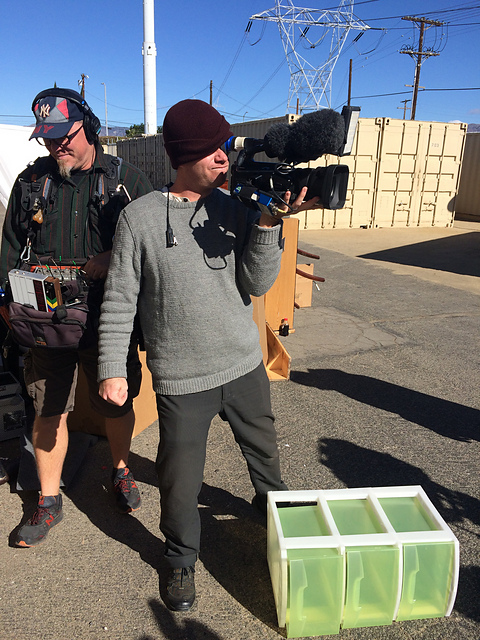 In other news, I have more to share! So I hope to post up a couple times before the end of the year. In the mean time I’ll get back to binging on the soundtrack to Hamilton. Thank you Emily for tuning me in! Now I’ll have to watch for the tour to hit LA!

One thought on “Man Sweater!” 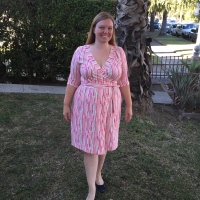 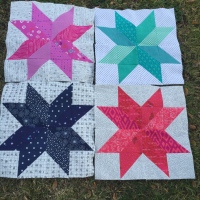